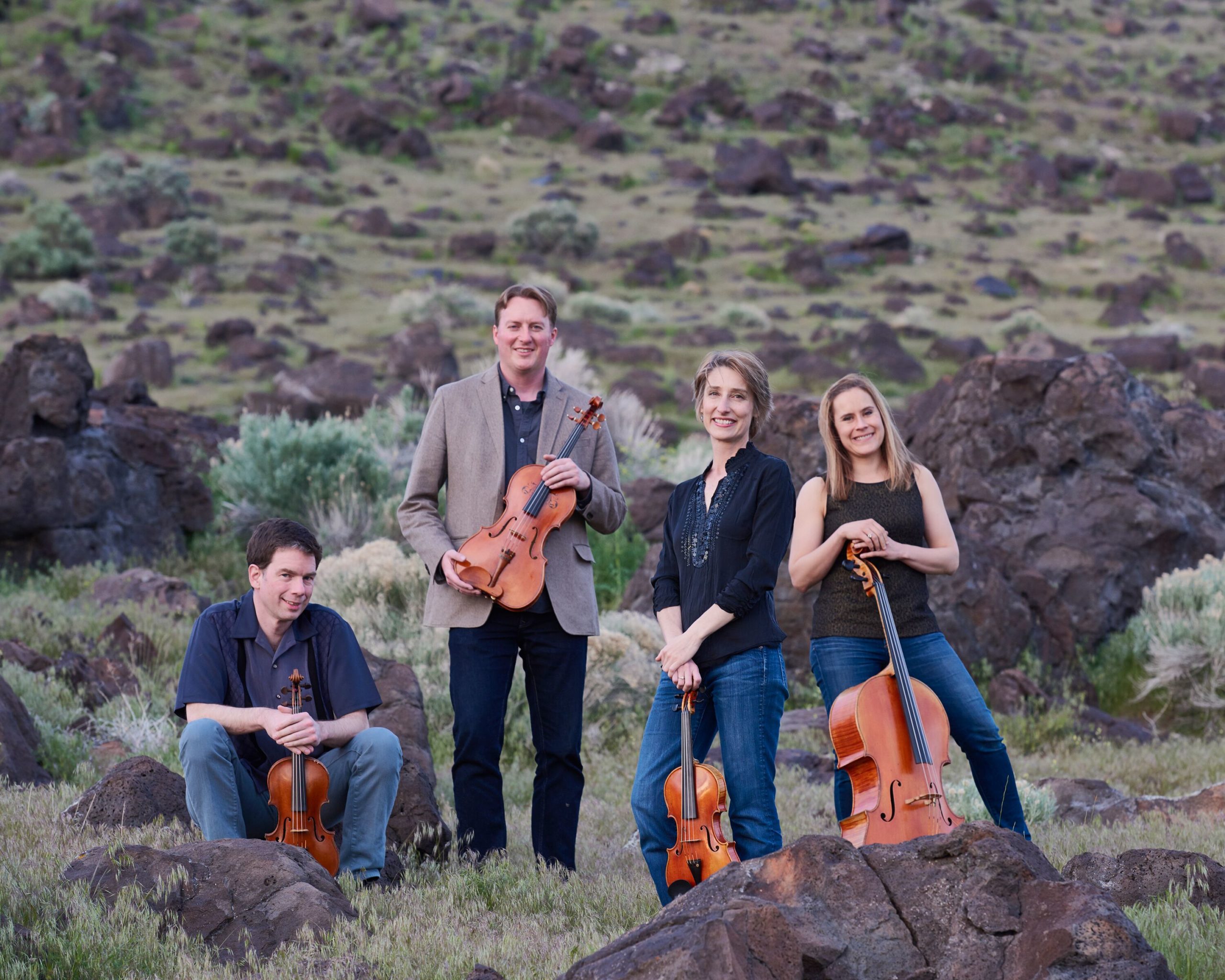 This remarkable quartet—hailed as “a triumph of ensemble playing” by the New York Times—is a multi-faceted ensemble taking chamber music in new directions.

Touring music of the masters as well as exciting original works from visionary composers of our time, the Fry Street Quartet (FSQ) has perfected a “blend of technical precision and scorching spontaneity” (The Strad). Since securing the Grand Prize at the Fischoff National Chamber Music Competition, the quartet has reached audiences from Carnegie Hall to London, and Sarajevo to Jerusalem, exploring the medium of the string quartet and its life-affirming potential with “profound understanding… depth of expression, and stunning technical astuteness” (Deseret Morning News).

With a discography that includes a wide range of works from Haydn and Beethoven to Stravinsky, Rorem, and Kaminsky, the quartet is known for being “equally at home in the classic repertoire of Mozart and Beethoven or contemporary music” (Palm Beach Daily News).

FSQ’s tour repertoire reaches many corners of the musical spectrum, including works of Britten, Schubert, Beethoven, and Bartok, as well as programs of American women composers Laura Kaminsky, Amy Beach, Joan Tower, and Libby Larsen. Recently, the quartet performed and live-streamed its first Bartok Cycle in the Russell Wanlass Performance Hall at Utah State University. The FSQ has commissioned and toured new works by a wide range of composers. Pandemonium by composer Clarice Assad received its Fry Street premiere with the San Jose Chamber Orchestra; Michael Ellison’s Fiddlin’ was co-commissioned by the Arizona Friends of Chamber Music Series and the Salt-Lake-City-based NOVA series; Laura Kaminsky’s Rising Tide was commissioned especially for the quartet’s global sustainability initiative, The Crossroads Project, which tours with projections of paintings by artist Rebecca Allan, text by physicist Dr. Robert Davies and images by photographer Garth Lenz. After more than 30 performances in three different countries, The Crossroads Project: Rising Tide continues to resonate with audiences. This fresh approach to communicating society’s sustainability challenges draws upon all the senses with a unique blend of science and art and has been featured on the NPR program joe’s big idea, which aired during All Things Considered, as well as in publications by Yale Climate Connections, Reuters, and the New York Times.

The quartet also workshopped and premiered Laura Kaminsky’s chamber opera, As One, with soprano Sasha Cooke and baritone Kelly Markgraff at the Brooklyn Academy of Music, as well as a new work by Libby Larsen entitled Emergence, which anchors the Crossroads Project’s Second Chapter, Crossroads: Emergence for string quartet, film, and actor. The Crossroads Project album has been released on Navona Records, and a new recording of Laura Kaminsky’s As One is coming soon on Albany Records. The quartet’s touring history includes performances at major venues, festivals, and for distinguished series such as Carnegie Hall and the Schneider Series at the New School in New York, the Jewel Box series in Chicago, Chamber Music Columbus, the Kravis Center in West Palm Beach, the DiBartolo Performing Arts Center at Notre Dame, the Theosophical Society in London, and the Mozart Gemeinde in Klagenfurt, Austria. The Fry Street Quartet is pleased to hold the Dan C. and Manon Caine Russell Endowed String Quartet Residency at the Caine College of the Arts at Utah State University.