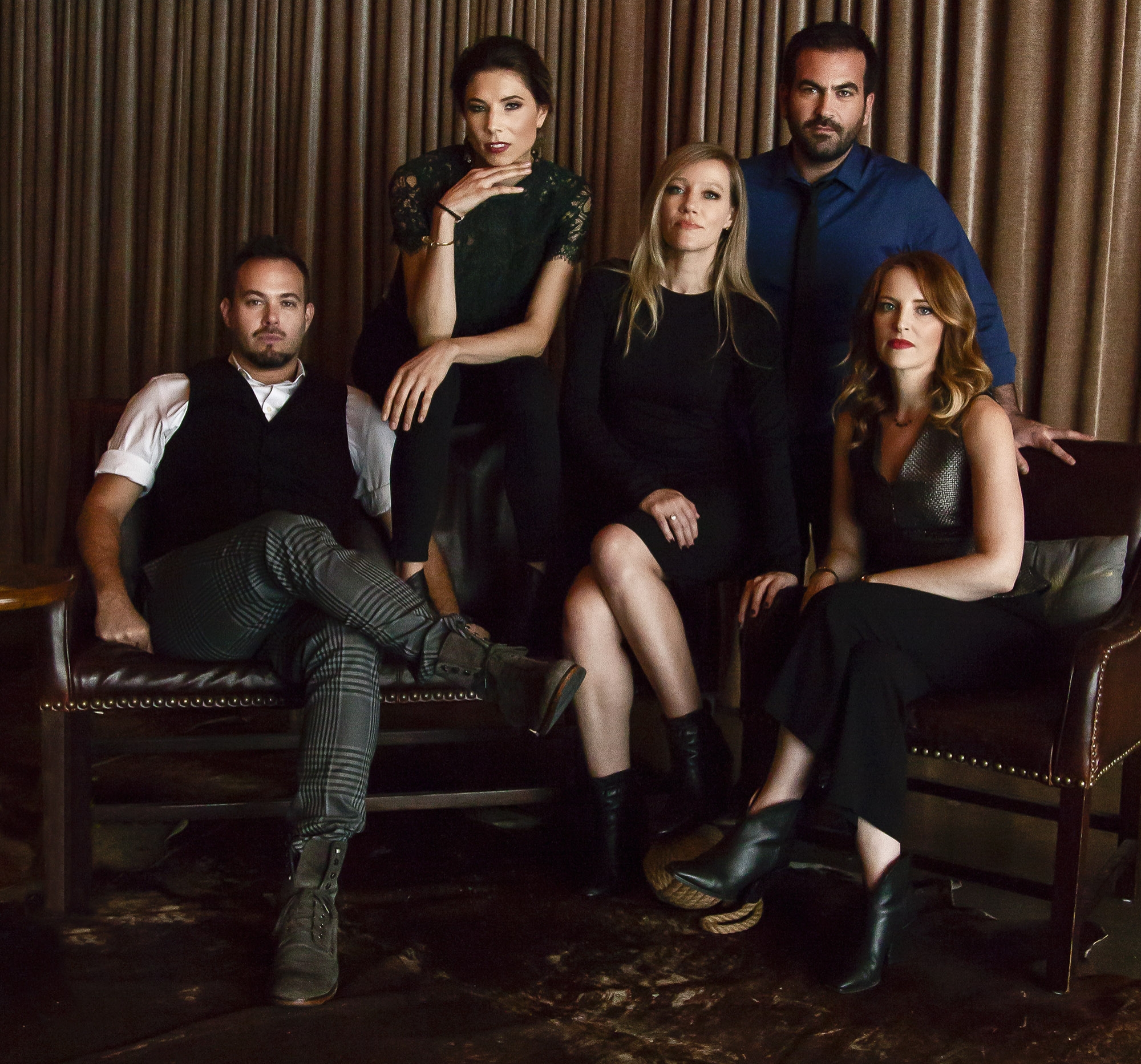 “Their rock star status… is well deserved. Their classically honed technique mixed with grit and all out passionate attack transfixes the audience….” That is how the Sarasota Herald-Tribune described SYBARITE5, the first group of its kind to win the Concert Artists Guild International Competition. Comprised of Sami Merdinian and Sarah Whitney, violins; Angela Pickett, viola; Laura Metcalf, cello; and Louis Levitt, bass, SYBARITE5 has taken audiences by storm all across the US, changing the perception of chamber music performance. From the moment their bows hit the strings, this quintet of talented, diverse musicians takes the audience on an exciting ride that engages the senses and redefines the rules.

Dubbed the “Millennial Kronos” SYBARITE5’s eclectic repertoire from Bowie to Radiohead and Akiho to Assad combined with its commanding performance style is turning heads throughout the music world. The quintet’s debut album, Disturb the Silence, quickly reached the top ten on the Billboard charts. The group’s follow-up album, Everything in Its Right Place, was released at Carnegie Hall to critical acclaim. SYBARITE5 recently completed its latest album, Outliers, featuring all new works from American composers. It will be available in the 2017–2018 season.

With their dynamic view on 21st-century entrepreneurial musicianship, the group has conducted their Evolution of an Entrepreneur residencies and workshops at major institutions and conservatories including the Curtis Institute of Music and New England Conservatory. SYBARITE5 was the ensemble for the 2016 American Composers Forum National Competition at (le) poisson rouge and maintains a residency at the cell in New York City. At the cell, SYBARITE5 is experimenting with new sounds and programming innovative with technology such as Jakub Ciupinski’s works for SYBARITE5 + Hacked Theremins, and new global collaborations as a result of their work at the Silkroad Global Musician Workshop.

In 2018 SYBARITE5 will première a new version of their most popular touring program Everything in Its Right Place with full orchestra. Recently the quintet gave the world première of BEATBOX—the very first concerto for string quintet and orchestra—written by acclaimed American composer Dan Visconti.

SYBARITE5 is deeply committed to education and outreach as well as performance. In addition to presenting masterclasses and workshops for over 60,000 students ages 5–25, they have worked closely with the composition departments of colleges and universities such as Luther College, Penn State, Samford University, New College and others to give students firsthand experience writing for string quintet in a popular program called So You Think You Can Compose. SYBARITE5 brings its latest composer-driven social media project to life by launching a collaboration with Juilliard and composer Ray Lustig dubbed Composagrams.