Time and the River

Time and the River is performance art of newly commissioned chamber music for nine instruments, inspired by and incorporating photos from the Platte Basin Timelapse, devised and begun in early 2011 by conservation photographer Michael Forsberg and photographer-film producer Michael Farrell, both of Lincoln. More than 60 time-lapse camera systems are in place throughout the 90,000 square-mile Platte River basin, from the river’s headwaters along the Continental Divide in the Colorado Rockies to its confluence with the Missouri River on Nebraska’s eastern border. Each camera tells one part of the story of the water’s roughly 900-mile journey through the heart of North America.

The chamber music is composed by Kurt Knecht, organist, conductor and composer of Kansas City. He emphasizes that the piece is neither a score for a visual presentation nor, by design, a stand-alone composition. Rather, it is music integrated with the time-lapse photos as a single artwork to express the Platte River through performance. 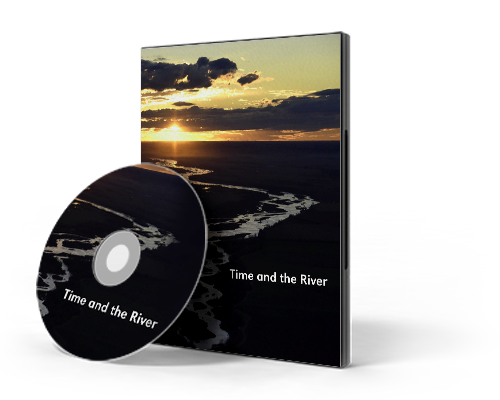 Time and the River DVD

Get a DVD copy of the world première concert.
Purchase DVD